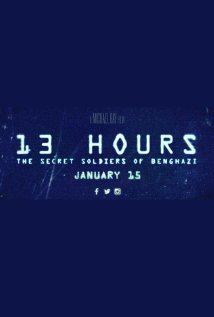 Synopsis: An American Ambassador is killed during an attack at a U.S. compound in Libya as a security team struggles to make sense out of the chaos.

Thoughts: It’s no secret that director Michael Bay has become a bit of a joke in Hollywood.  A profitable joke, but a joke nonetheless.  Honing his skills in a number of empty headed blockbusters (though The Island is his best work to date) over the years, he was resoundingly ripped a new one in 2014 with the release of Transformers: Age of Extinction.  While some heralded its release as if it were the end of the free world, I didn’t mind it half as much as my knife sharpening peers and think it was actually an improvement over the previous installment.

So it’s interesting to see Bay’s name attached to this war drama that tells the true story of a team of soldiers that defy protocol to save a group under attack in war-torn Libya.  The filming style is unmistakably Bay and the bro-tosterone practically overwhelms the viewer…but it could be a nice change of pace for the hotshot (and, reportedly hot headed) director.