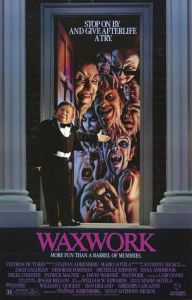 Well, we’re a little over halfway through October and you’re probably starting to plan your Halloween night watch list.  If my selections so far haven’t given you the willies, I wanted to call out some special frights from the past that I just can’t let go unnoticed.