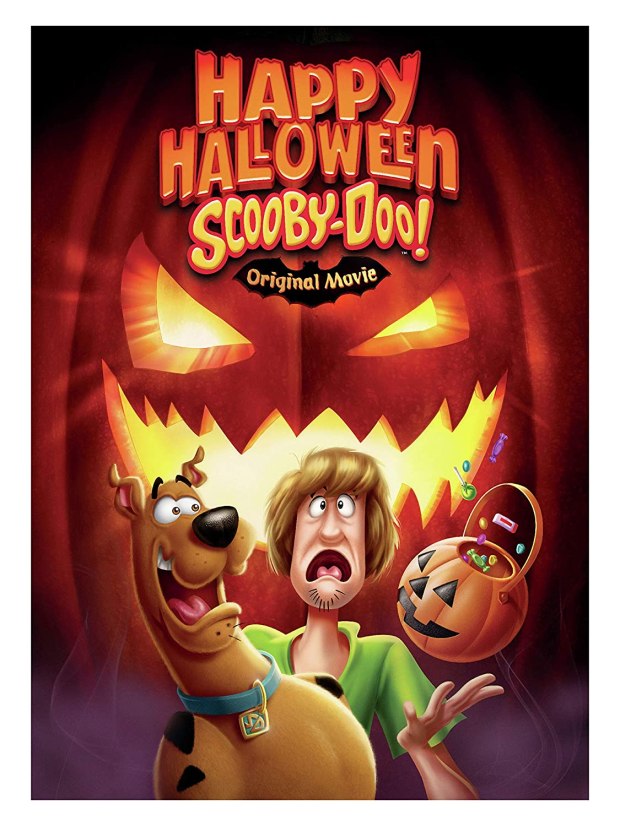 Synopsis: Scooby and the gang join forces with Bill Nye and Elvira when toxic ooze creates an army of monstrous pumpkins.

Review: Earlier this year, Warner Brother suffered a bit of a “ruh-roh” setback when their planned early summer starter Scoob! was sent straight to streaming instead of rolling out onto the big screen.  Though the May release family-friendly film was planned as another reboot of the popular animated character after the live-action adaptations stalled out, the pandemic was reaching its initial peak in the US and no theaters would be open to play the feature, not to mention the country wasn’t quite chomping at the bit to get out of their houses.  It’s too bad, too, because it turned out Scoob! had a healthy dose of creative energy and might have yielded future sequels would it have had the chance to play to a larger audience.

While the main Warner Brother studio continues to experience big screen woes (Tenet has tanked, Dune and Wonder Woman 1984 still have 2020 release dates as of now but who knows??), the folks over in Warner Brothers Animation have soldiered forth in their projects, a number of which are released directly onto home video/streaming platforms.  If Scoob! was Warner Brothers shooting for the stars with a new approach to Mystery Inc., then Happy Halloween, Scooby-Doo! is Warner Brothers Animation way of reminding fans why Scooby and the gang were doing just fine as they were in this scaled-down environment.

Wasting little time, writer/director Maxwell Atoms begins the 31st direct-to-video adventure with Fred, Daphne, Velma, Shaggy, and Scooby-Doo mid-case at Elvira’s Halloween of Horrors Parade in Crystal Cove.  Before they can head out for a night of trick-or-treating, they manage to thwart a villain from, of all places, Gotham City (no, not the one that instantly pops into your mind…think of what holiday this centers around) from releasing a toxic gas onto the crowd.  The gang is ready to pack up when Shaggy and Scooby stumble across a tanker of toxic waste that has spilled into the local pumpkin patch, turning the sleepy squash into scary “Jackal-Lanterns.”

The set-up for the action is pretty quick (the film runs a just right 76 minutes) and the scary fun begins when the pumpkins come to life and start to terrorize the town, eventually pursuing a convoy of players down a stretch of highway.  With the Mystery Machine out of commission, it’s an opportunity for Bill Nye (the Science Guy) to make his celebrity cameo as a hologram that saves the day for Fred and Velma with an updated transport that has all the bells and whistles but none of the heart or character of the original van.  Daphne travels with a wisecracking Elvira (Cassandra Peterson, Elvira, Mistress of the Dark) and fangirls out over her sense of fashion while Scooby and Shaggy ride along with a local and his daughter.

Surprisingly, a large portion of the film is occupied by this action sequence set on this country road and it’s designed to feel like a stunt spectacular you’d see in a blockbuster film.  It’s admittedly pretty entertaining and well-constructed, with middle of the road transfers from one car to the next, narrow escapes from man-eating pumpkins, and several explosions thrown in for good measure.  Ultimately, it’s really a silly romp with extremely low stakes but it keeps up the energy for a lot longer than I would have anticipated.  As is the case for all of the Scooby-Doo movies, the solution to the mystery isn’t really the point of the viewing and becomes almost an afterthought.  There’s a nice message to this one, though, and I appreciated it didn’t shrug off its importance in 2020.

I absolutely loved seeing Elvira pop-up because it reminded me of the old Scooby-Doo movies where celebrities would guest star but you should know something: she has some fairly racy double-entendres that I personally found to be a hoot, though they’ll probably go over the heads of youngsters.  Parents may be disapproving of this material if their kids repeat it, though. Finally, while I’d highly recommend Happy Halloween, Scooby-Doo! as a bit of carefree fun for older kids or to have on for adults as you carve pumpkins or when decorating for the holiday, parents should use caution if showing this to very young children.  The pumpkins are almost regrettably too scary for little kids and unless you want to go pumpkin-less this Halloween you’re best to find another program for them.