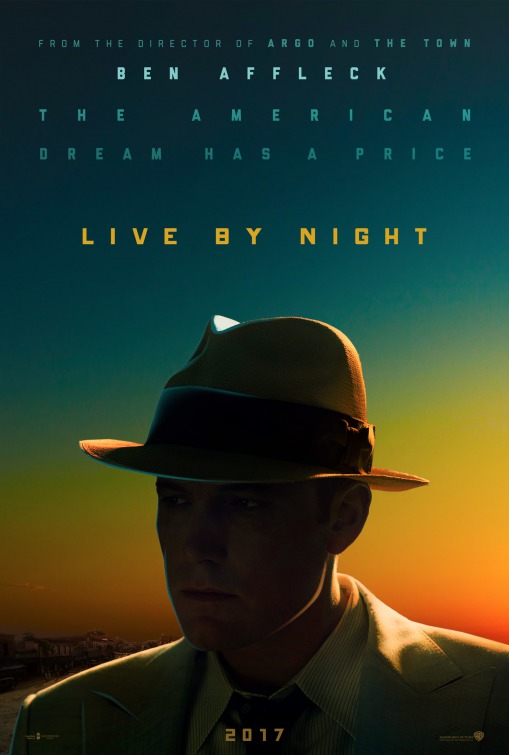 Synopsis: Set in the roaring 1920s, when Prohibition hasn’t stopped the flow of booze in an underground network of gangster-run speakeasies, the opportunity to gain power and money is there for any man with enough ambition and nerve.

Thoughts: Fall is here and the Oscar hopefuls are awakening from their summer slumber. Now that the big blockbusters of the year have beat their bombastic drums at the box office, the “prestige pictures” are gearing up for their glitzy season.  It’s still up in the air whether Ben Affleck’s fourth film will get a qualifying release to be considered for the 2016 Oscar race…but judging by the first trailer released for Live By Night Warner Brothers would be crazy not to put all their chips in on this one.  Affleck has proved three times already he knows how to deliver a strong film and his Oscar nomination snub for directing Argo in 2013 still stings. Adapted by Affleck (Gone Girl) from the novel by Dennis Lehane and co-starring Scott Eastwood (Texas Chainsaw 3D), Elle Fanning (The Neon Demon), Sienna Miller (American Sniper), Zoe Saldana (Out of the Furnace), and Brendan Gleeson (Song of the Sea), this looks marvelous and right up Affleck’s alley.