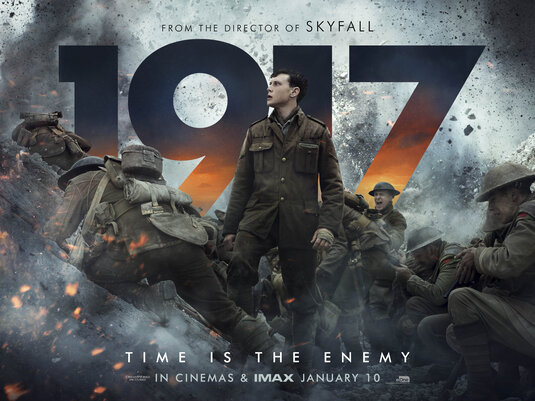 One of the very best movies of the year is set for limited release later in December and won’t be opening in Minnesota until January 10th…but we lucky Minnesotans have a special opportunity to see an advanced screening of 1917 on Wednesday, December 11 at Marcus Oakdale Cinema.

Visit this sign-up link: 1917 Free Screening (https://forms.gle/jTtcbAgNkybRyENT7) to request a screening pass.  You’ll receive information back with details on the screening — make sure to spread the word!

Here’s a special tip from The MN Movie Man — arrive early to get the best seat.  These advance screenings often have a line to get in and are overbooked to ensure capacity.  This is one movie you should try to avoid seeing from the front row on the far left if you don’t have to 🙂

Here’s the official information: From the director of Skyfall, 1917 is a World War 1 epic telling the story of a heroic and impossible mission undertaken by two British soldiers.

I saw the movie last week and while my full review isn’t quite ready for publication, I can tell you it’s going to finish high in my Best of the Year list.  It’s already been nominated for a number of critics awards and you can expect it to receive love from the Golden Globes and Oscars when they announce their nominations in a few weeks.  This is a great opportunity to see the movie before anyone else does — definitely do go!