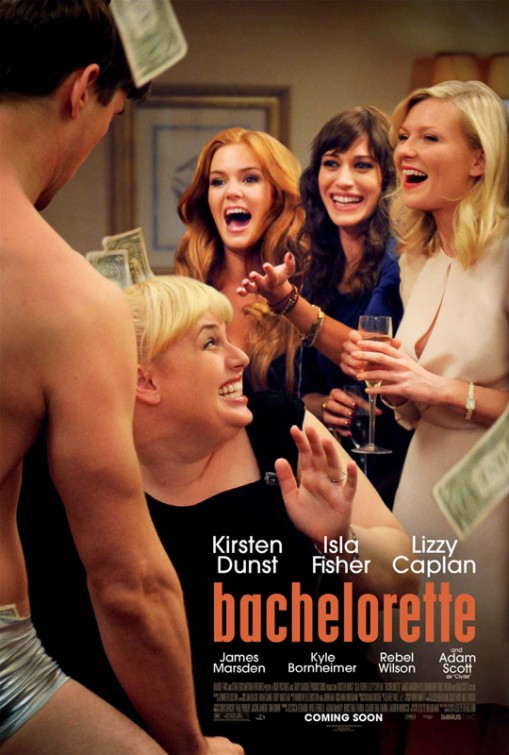 Synopsis: Three friends are asked to be bridesmaids at a wedding of a woman they used to ridicule back in high school.

Thoughts: This is really unfortunate and kinda sad.  Clearly looking to capitalize (read: rip-off) The Hangover and Bridesmaids, Bachelorette seems to be a film cut together with scenes inspired by other popular films.  It’s too bad because even if the movie does have its share of laughs marketing itself this way only welcomes comparisons to the aforementioned films.  Taken for what it is, the preview does create some interest because of its talented cast.  Raunchy comedy isn’t really Kirsten Dunst’s bag so her presence here is questionable.  I do enjoy the men in the cast but as this is clearly a female-centric film I wonder how much they will be featured.  Available on demand before its theatrical release also has the whiff of a movie that its studio doesn’t have much faith in.