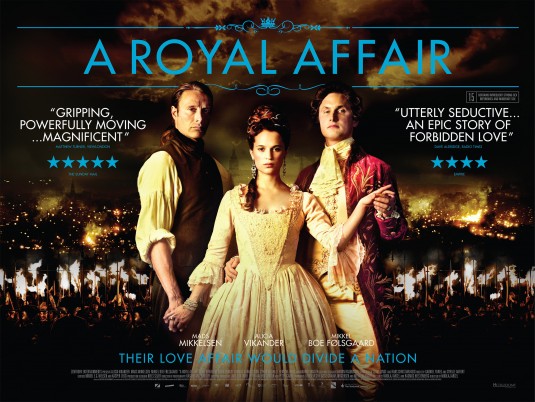 Synopsis: A young queen, who is married to an insane king, falls secretly in love with her physician – and together they start a revolution that changes a nation forever.

Thoughts: How can you go wrong with a sumptuously designed period drama filled with lusty intrigue and royals embroiled in affairs of state and heart?  This Danish production has been a big hit on its native soil and you can bet that the US distributors hope it hits a groundswell when it’s released here later this year. Period drama itself can be a hard sell but add on subtitles and your challenge has just been doubled.  This one may have to wait until it’s released for home consumption but I’m interested enough to seek it out.