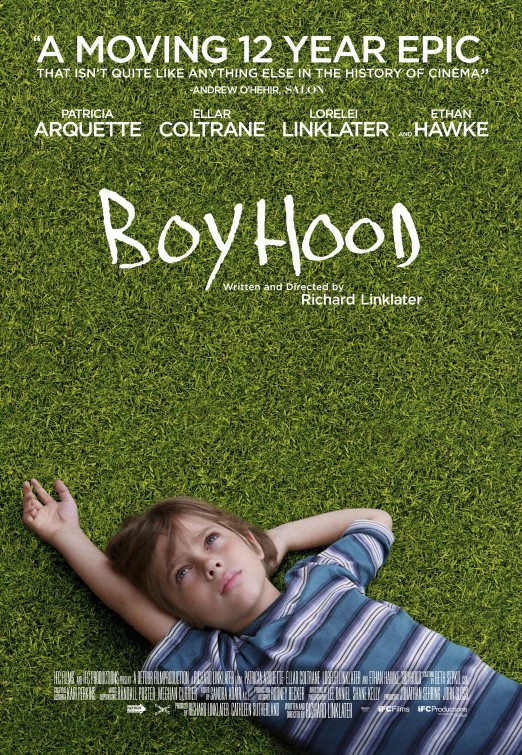 Review:  Director Michael Apted began filming a group of children in England when they were seven years old and has returned every seven years to check-in and see what dreams they have achieved, what losses they have suffered, and what obstacles they’ve overcome.  The last entry is 2012 was 56 Up and my advice is if you leave Richard Linklater’s equally impressive Boyhood wanting something in the same vein but with a pulse all its own and haven’t yet caught Apted’s eight film series to get on that pronto.

The comparisons between Apted’s decades in the making study of the class system in England and Linklater’s more focused following of one boy for twelve years are inevitable and both flourish on their own merits.  What truly bowled me over with Linklater’s three hour opus is that in the age of studios wanting films released faster and faster, he was able to take the time and resources to make this the way he wanted – and that’s something that should be applauded and admired.

It’s a simple set-up, really.  Find one young boy not too self-aware but still grounded and create a world with characters, situations, and ideas that explore how our experiences shape us as we grow.  Add two Hollywood actors that don’t mind a long-haul commitment with no guarantee for success and start filming!

There are so many factors with Boyhood that Linklater (Bernie) just couldn’t have known we he started the film.  Would the boy grow up to resent these yearly visits?  How would he fare on-camera?  What happens if six years in he decided to move to Tibet and take a vow of silence?  What if the Hollywood actors found a different gig that prevented their participation or they grew tired of the unique filming schedule?  Further…what sort of story would be told from year to year?

It’s clear from the finished project that this was a once in a lifetime sort of project and everyone involved knew it.  Yes, the quality of the acting from the boy (Ellar Coltrane) and his sister (Lorelei Linklater, the director’s daughter) waxes and wanes and it’s no surprise to learn Lorelei wanted out after several years because her ambivalence to the material is evident through several years of the process.  Still, there’s a sense of “realness” within a dramatized story that gives the film street cred.

Coltrane’s performance grows more affected with each passing year and having seen the film on two occasions I did cringe both times at some of the line deliveries that come across less as in the moment observances and more as words successfully delivered without much weight behind them.  Still, that glint of curiosity that shines so brightly in the early years never really goes away, making each age more interesting as Coltrane and his character start to come into their own and grow into themselves.

Ethan Hawke (Sinister, and Linklater’s famous trilogy comprised of Before Sunrise, Before Sunset, Before Midnight) plays a good dad and any urge to portray him as a deadbeat or explore why he separated from his wife (Patricia Arquette) is resisted.  He matures right along with his children, moving from the divorced dad with the cool car to a remarried man approaching middle-age with a new baby and mini-van in tow.

Though the film is called Boyhood the heart of the film is found in Arquette’s terrific turn.  We see her go from being a single mother to returning to college in order to complete her education, then into her second marriage to an abusive alcoholic, before moving onto yet another doomed-to-fail-marriage to an army vet.  Through it all her maternal instincts never fade; sometimes she’s the cool mom but mostly she’s the mama bear who puts her children first and herself last in any situation.

Arquette is uniformly excellent throughout the film but goes above and beyond in two scenes at the end of the movie which I believe are worth the price of admission.  It’s in her final scene that she not only sums up the whole point of what Linklater is getting at with striking clarity but also verbalizes a painful truth every parent must feel at one time or another.  It’s a thrilling, Oscar-ready performance from an actress I had previously struggled with liking.

Yes, the running time is over 2 ½ hours but I’ve seen 90 minute films that felt four times longer.  I can’t recommend it higher – the most satisfying of films released in 2014.  And if Arquette doesn’t win an Oscar, I’ll be terribly disappointed.