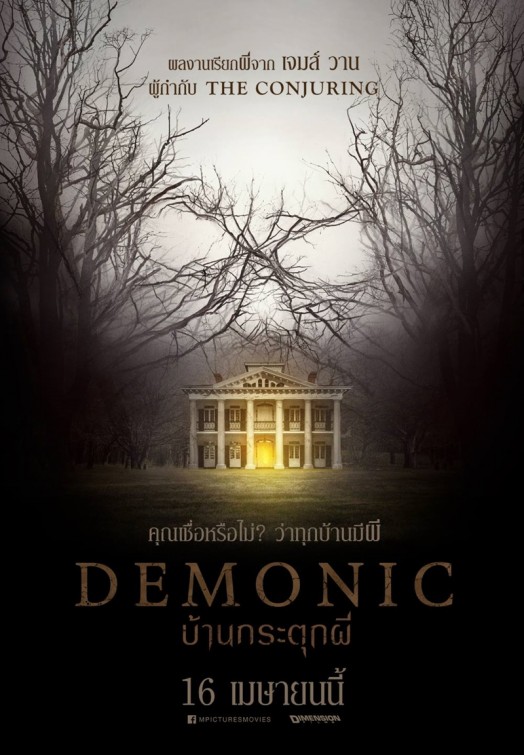 Synopsis: A police officer and a psychologist investigate the deaths of five people who were killed while trying to summon ghosts.

Thoughts: Now I love a good demon/exorcism/scare film as much as the next easily entertained horror fan but even I have to draw the line somewhere.  So even though I enjoy the two leads of Demonic (Frank Grillo, The Purge: Anarchy and Maria Bello, Prisoners) I have to say that this looks like a big ‘ole stinker…made even more clear by a constantly shifting release date and the fact that it has next to no buzz in the US though it’s been released in foreign markets since the beginning of the year.  Likely to be found on some streaming service in the near future where you can opt out if the first act isn’t to your liking, it may be time for filmmakers to find new real estate where the haunted house film is concerned.