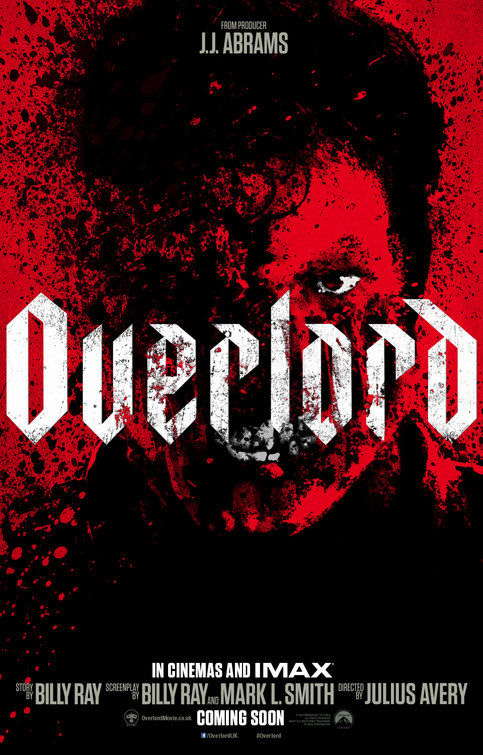 Synopsis: On the eve of D-Day, a group of American paratroopers are dropped behind enemy lines to carry out a mission crucial to the invasion’s success. But as they approach their target, they begin to realize there is more going on in this Nazi-occupied village than a simple military operation.

Thoughts: There’s a nice air of mystery surrounding Overlord and it’s 100% intentional.  Produced by J.J. Abrams (Star Trek), many people are thinking this is another surprise entry into the Cloverfield franchise but Abrams and Paramount Pictures are in full denial mode.  Still, they’ve played this game on us before when releasing 10 Cloverfield Lane and dropping The Cloverfield Paradox onto Neftlix without much fanfare.  Whatever it ends up being about, this looks like a bonkers period horror film involving Nazis and zombies and I’m all for it.  With a script from Oscar nominee Billy Ray (Captain Phillips) and Mark L. Smith (The Revenant) there’s some prestige already…will this be a slash above the usual zombie warfare?