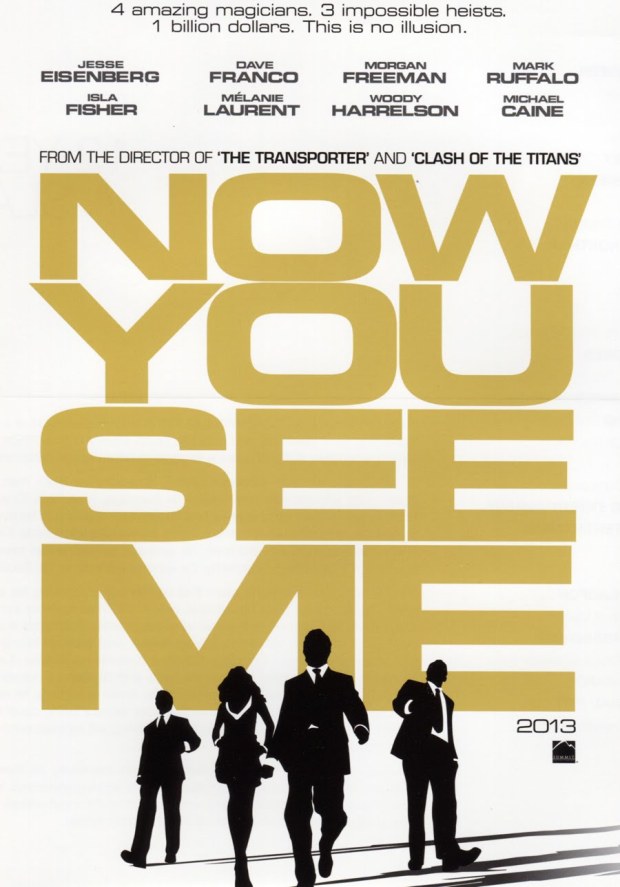 Synopsis: FBI agents track a team of illusionists who pull off bank heists during their performances and reward their audiences with the money.

Thoughts:  I’m all for movies that have a few nice tricks up their sleeves and Now You See Me looks to have some nifty ones waiting for us.  Though not being released until June of 2013, I have high hopes for this caper film that boasts an impressive lineup of character actors from Morgan Freeman to Woody Harrelson.  Never being a huge fan of Jesse Eisenberg (who essentially plays the same character in each film…he’s like an American Hugh Grant), I’m willing to give him another chance with this one.  Movies about magic can be difficult because audiences don’t always like to feel like a film is pulling a fast one on them…but the premise looks interesting, the cast is appealing, and arriving at the start of the summer movie season could be a nice counter-programming move to the bombastic flicks that will surely be occupying every other theater at that time.  Count me in for this.