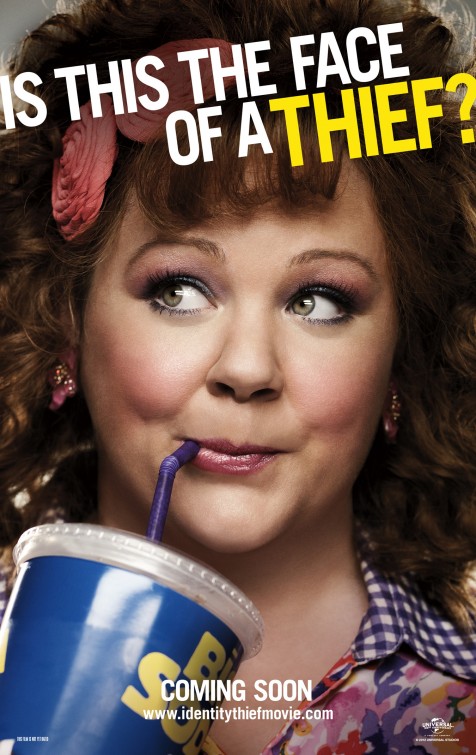 Synopsis: When a mild-mannered businessman learns his identity has been stolen, he hits the road in an attempt to foil the thief — a trip that puts him in the path of a deceptively harmless-looking woman.

Thoughts: It’s rare that I’ll laugh too loud in a trailer but this one had some solid laughs in it and was better than some full length movies.  Melissa McCarthy seems to be channeling one of the many crazy characters she played in her hosting gig at Saturday Night Live and that’s not a bad thing.  It remains to be seen if she can continue to build on her momentum from her Oscar nominated turn in Bridesmaids but paired with Jason Bateman she could be looking at another comedy hit.