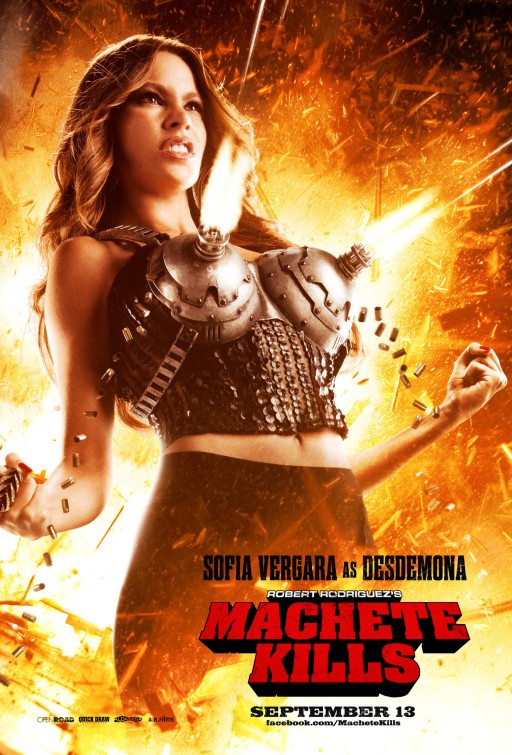 Synopsis: The U.S. government recruits Machete to battle his way through Mexico in order to take down an arms dealer who looks to launch a weapon into space

Thoughts: Though 2010’s Machete was far from a blockbuster, director Robert Rodriguez is bringing the character back that was first introduced in a faux trailer attached to his Grindhouse collaboration with Quentin Tarantino.  I found the first film to be typical Rodriguez: messy, over-the-top, and exactly the kind of film that it was advertised to be.  This sequel looks to be more of the same with craggy faced Danny Trejo being surrounded by busty babes (including Sofia Vergara, Amber Heard, and Lady Gaga in her film debut) and lots and lots of weapons of physical destruction.  Its grimy feel fits right into the throwback movement that Rodriguez and Tarantino have such an affinity for so expect another small win for the loopy duo.