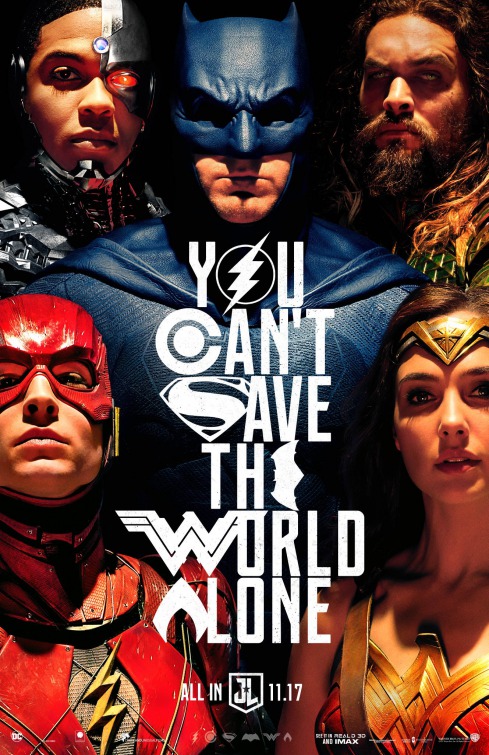 Synopsis: Fueled by his restored faith in humanity and inspired by Superman’s selfless act, Bruce Wayne enlists the help of his newfound ally, Diana Prince, to face an even greater enemy.

Thoughts: With Wonder Woman becoming the top-earning movie at the summer box office, the producers behind the DC Comics franchise are riding a wave of positivity right now.  Let’s hope they can keep that goodwill going strong as the November release of Justice League draws near.  I didn’t mind Batman vs. Superman: Dawn of Justice nearly as much as my colleagues did but the unrelenting darkness of this franchise has kept it from truly taking off. Wonder Woman was a nice reminder of what these films could be while director Zac Snyder deals with a family tragedy, Avengers mastermind Joss Whedon was brought in to oversee postproduction so I’m hoping Whedon can bring a little Marvel spark to the DC Universe.  This extended look at Justice League gives a few more clues for audiences to decipher and one cliffhanger that already has the internet abuzz.