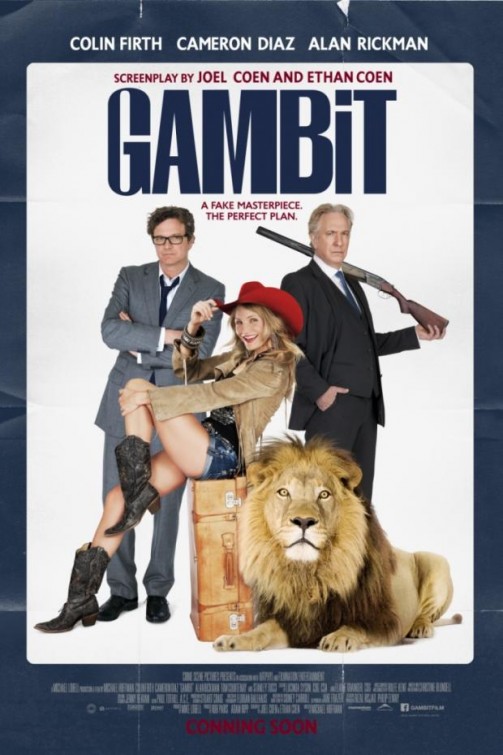 Synopsis: An art curator decides to seek revenge on his abusive boss by conning him into buying a fake Monet, but his plan requires the help of an eccentric and unpredictable Texas rodeo queen.

Thoughts: With a script from the Cohen Brothers that’s adapted from a late 60’s British caper film (starring Michael Caine and Shirley MacLaine) and a game cast, this looks like a slyly fun movie that might just end up to be a harmless blip on the radar for all involved.  Early word on the film is that it’s a marzipan treat that will be pleasing to view but nothing much more than that.  Sometimes, that’s OK…as long as everyone is on the same page.  Cameron Diaz will never be a real leading lady in my book but Colin Firth seems to be on his game here.  Never count out Alan Rickman as he likes to keep things fresh and fun.