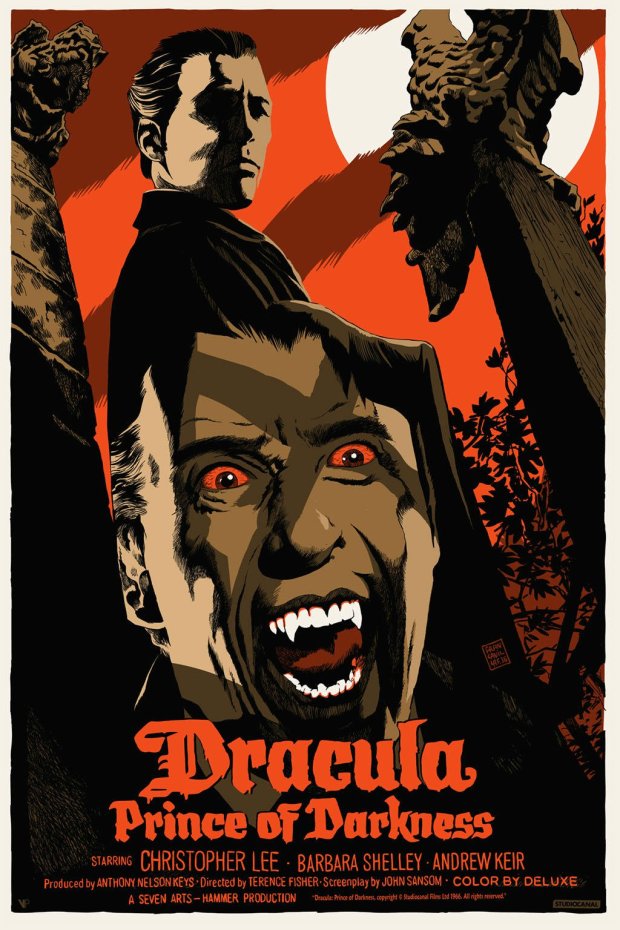 Synopsis: Dracula is resurrected, preying on four unsuspecting visitors to his castle.

Review:  After the rousing success of Horror of Dracula in 1958, Hammer Studios moved forward with a smashing sequel, The Brides of Dracula, in 1960 without one key ingredient…Dracula himself.  While the sequel had all the right stuff, gorgeous costumes, lavish production design, a solid plot, and committed performances the absence of our titular creature of the night was felt.  Yet it took the studio another six years to get Christopher Lee back in his fangs and cape for another round as the world’s favorite bloodsucker.  And the wait was worth it.

A prologue recaps the ending of Horror of Dracula which was modeled after Bram Stoker’s classic tale.  Van Helsing vanquishes Dracula by exposing him to sunlight, turning him to dust.  The credits for this film play over the dust being blown away leaving just his ring as a reminder of the evil.  Jumping ahead ten years and we find the tiny European town where Dracula’s castle resides continues to harbor superstitious locals that attribute every strange death to Dracula’s curse.  Early on, a visiting priest (the gruff yet jolly Andrew Keir) stops a band of mourners from driving a stake through the heart of a beauty that passed away from an unknown ailment warning them that not every death is the result of a vampire’s bite.

The priest runs into a sightseeing foursome (Barbara Shelley, Francis Matthews, Suzan Farmer, Charles ‘Bud’ Tingwell) and advises them to steer far clear of Castle Dracula.  Even though he believes the count to be long gone, there are things better left alone.  Of course, curiosity gets the better of the men in the group and when the coach bringing them to their next destination refuses to drop them near the castle they are left to fend for themselves…until a strange coach appears and takes them right to the castle where a gruesome fate awaits them all.  They arrive to find they were somehow expected, with a creepy manservant (Philip Latham) ready to serve them dinner…or does he intend to serve them as dinner?

When Lee finally does appear, resurrected through a fairly gory ritual, he’s all silent malevolence that works like a charm.  With no dialogue, Lee’s performance rests on his physicality and wild bloodshot eyes alone and it’s a highly effective performance at that.  Shelley is a hoot as a tightly-wound shrew that nags everyone so much you kind of hope she gets bitten first.  There’s nice work from Farmer, too, as another blonde beauty Dracula sets his sights on.  If the men fade a bit into the background it’s only because Lee is such a dominating presence they can’t really compete with him before or after he returns from the grave.

Movie monsters weren’t anything new when this film went intro production but this is a seriously high class affair.  The ending may be slightly rushed and not as satisfying as the preceding 80 minutes but there’s a reason why Hammer Studios was known as the prestige horror factory of that era.  While they reused many of the same sets, costumes, and actors throughout their history they manage to make every film feel unique and special.  The Dracula property was one they held in high regard and it shows in every single frame of Dracula, Prince of Darkness.  While Lee would return to the role for five more sequels of lessening impact, Dracula, Prince of Darkness as well as Horror of Dracula are timeless classics, and with good reason. 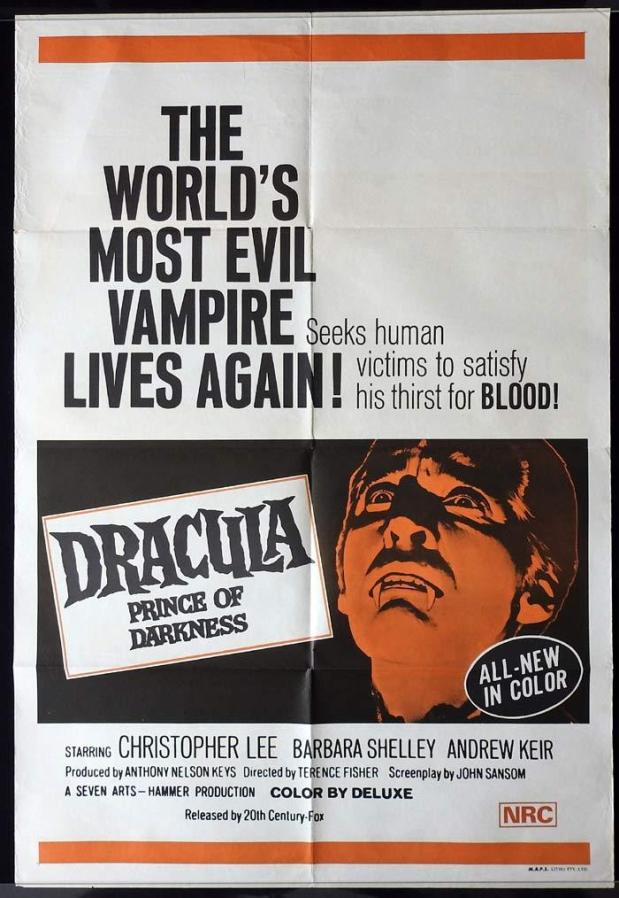