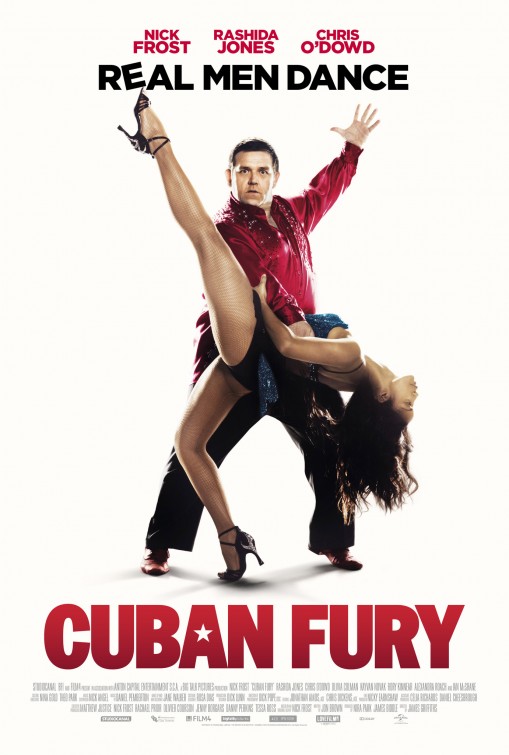 Synopsis: A former salsa prodigy attempts a comeback years after his career was ruined.

Thoughts:  Reminding me of a movie I may have seen in the mid 90’s when Euro comedy imports were all the rage, Cuban Fury looks as harmless as all of those other films…and just as skippable.  Though stars Nick Frost (The World’s End) and Chris O’Dowd (The Sapphires) will probably make this a few notches better than the rest, overall I can’t see this picture becoming the kind of sleeper hit like Strictly Ballroom or The Full Monty were back in the day.  On the other hand, never underestimate the power of a feel good picture of the underdog getting its day…if the release is timed right Cuban Fury could be the very thing audiences will respond kindly to after a season of heavy Oscar material.