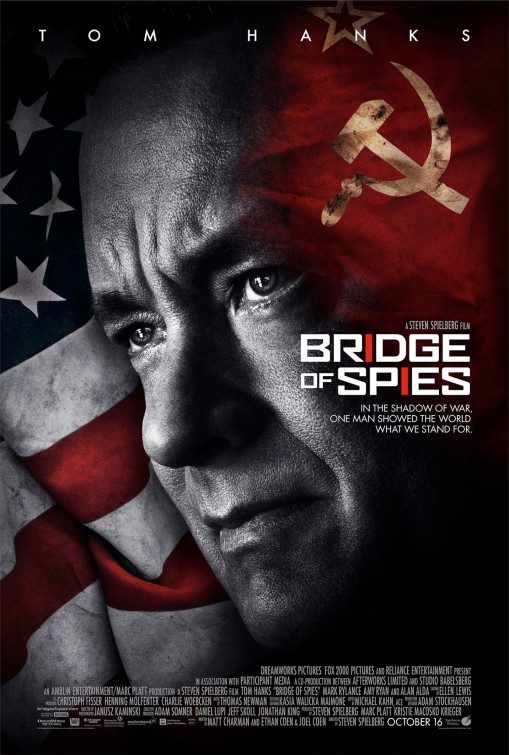 Synopsis: An American lawyer is recruited by the CIA during the Cold War to help rescue a pilot detained in the Soviet Union

Thoughts: Director Steven Spielberg (JAWS) has been pretty quiet lately. The last film he released was 2012’s lauded Lincoln but while he was attached to any number of rumored high-profile projects he’s making his return with this Cold War thriller starring Tom Hanks (Saving Mr. Banks, Captain Phillips, Cloud Atlas). Reteaming with Hanks for the fourth time, Spielberg seems like a good fit for this period piece that could be thinking man’s action film after a summer of brainless blockbusters. With a script from Joel and Ethan Cohen (Unbroken, Inside Llewyn Davis) and supporting cast that includes Alan Alda (Wanderlust), Billy Magnussen (Into the Woods), Amy Ryan (Birdman), and Mark Rylance…expect this one to attract a lot of end of the year awards talk.