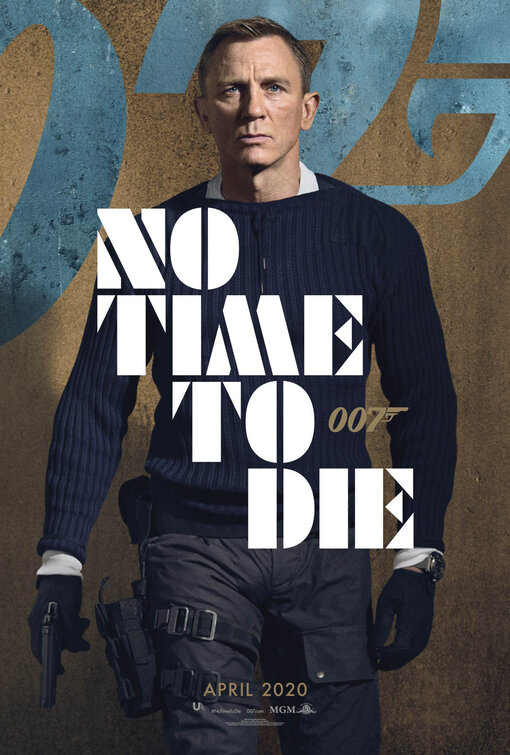 Synopsis: Bond has left active service. His peace is short-lived when his old friend Felix Leiter from the CIA turns up asking for help, leading Bond onto the trail of a mysterious villain armed with dangerous new technology.

Thoughts: Fans of James Bond have had to wait a little longer than usual for the 25th adventure of the international spy…but at this point we should be counting our blessings No Time to Die is arriving at all.  Star Daniel Craig (Skyfall) famously had become a bit grumpy with playing the role and it took some convincing for him to return to finish off his contract and it’s now been confirmed this will be his last outing as Bond.  When Craig finally signed on, the film went through several directors, which further pushed back its release date.  Script problems, onset injuries, and other maladies surrounding the production continued to delay Bond’s return.

Thankfully, this first look at No Time to Die appears to find Bond back in fighting form with the five-year gap between Spectre and this film hopefully worth the wait.  Plot details are thin but we know recent Oscar-winner Rami Malek (Bohemian Rhapsody) is the villain and Lashana Lynch (Captain Marvel) and Ana de Armas (Knives Out) have been added to the cast as strong females Bond has to contend with.  Directed by Cary Joji Fukunaga who was behind season 1 of HBO’s True Detective and with a script punched up by Emmy winner Phoebe Waller-Bridge (Solo: A Star Wars Story), my excitement for this one was already brewing but now the heat is definitely starting to rise.

Now…who is singing the theme song??