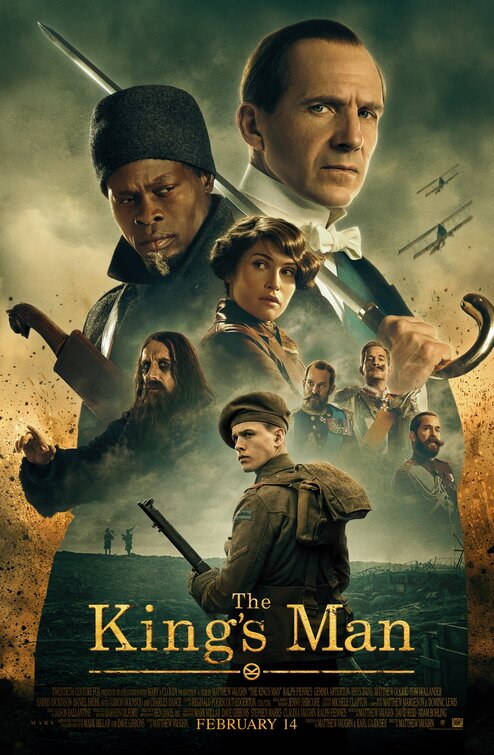 Synopsis: As a collection of history’s worst tyrants and criminal masterminds gather to plot a war to wipe out millions, one man must race against time to stop them.

Thoughts: In 2014, the spy adventure Kingsman: The Secret Service was a surprise hit with audiences and critics and presented a cheeky fun alternative to the wise acre superhero franchise films that were multiplying like rabbits.  It also helped to introduce the public to Taron Egerton who would return in 2017 for the go-big-or-go-home sequel before hitting the big time with his hopefully Oscar nominated turn in 2019’s Elton John biopic Rocketman.  With Egerton’s star on the rise and booked out on other projects and with the franchise having bankable legs, 20th Century Fox was in a bit of a tough place with director Matthew Vaughn on how to continue the story of the elite gentlemen’s agency that battled boffo baddies in style.  The answer?  Go back to the beginning. Recently moved from it’s original February release date, September 2020 will now bring us The King’s Man, tracking the original formation of the organization featuring Ralph Fiennes (Official Secrets), Gemma Arterton (Quantum of Solace), Djimon Hounsou (Charlie’s Angels), and Harris Dickinson (Maleficent: Mistress of Evil).  I’m sure I’ll miss the Egerton-factor but this second trailer feels in the same spirit as the two previous films with action packed intrigue to spare.  Looks like royal fun.

Synopsis: A veteran secret agent takes a young upstart under his wing.

Thoughts: This adaptation of the comic book “The Secret Service” looks fairly interesting based on this trailer I originally saw way back in May with X-Men: Days of Future Past. Sure, we’ve been inundated with countless big screen treatments of books focusing on seemingly ordinary teens that are tasked with saving the world…but something about this reminds me of a working class James Bond and that’s intriguing. Though I’ve grown weary of Samuel L. Jackson (RoboCop) popping up in every movie, I’m even more concerned about the recent overexposure of Colin Firth (Magic in the Moonlight). Kingsman: The Secret Service will mark the sixth film of his to be released in 2014…thank heaven he dropped out as the voice of December’s Paddington! Directed by Matthew Vaughn (Kick-Ass 2), this potential franchise starter could be a nice film to take in during the crisp autumn season. 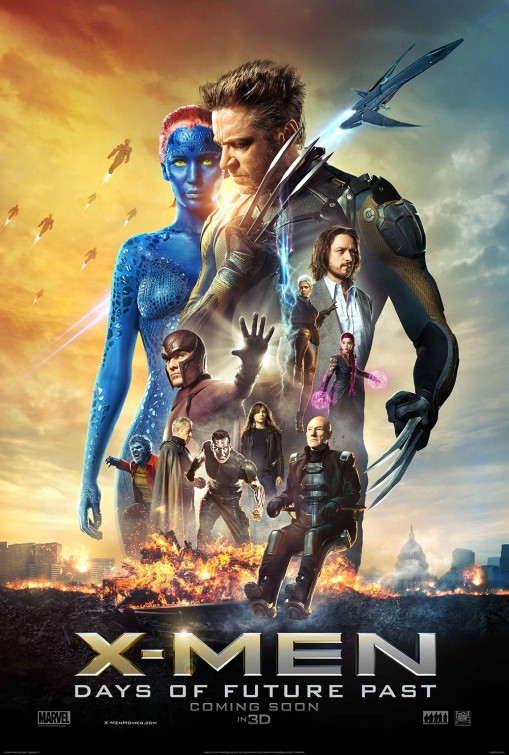 Synopsis: The X-Men send Wolverine to the past in a desperate effort to change history and prevent an event that results in doom for both humans and mutants

Review:  Ok, I believe by now we’ve established the kind of reader-critic relationship that allows me to be as open and honest with you as I possibly can.  So, I the spirit of putting it all out there on the table I need to tell you that the X-Men and all their variations have never really been my thing.  Aside from a childhood desire to beat the SEGA game, I’ve never truly warmed to Professor X and his motley crew of mutant heroes and villains…even after seven films.

Though the overreaching message of the film (we’re all mutants in some form or another and that’s ok) is a positive one that has the ability to speak to anyone, there’s something about the over eagerness of the filmmakers to constantly “get it right” that I find myself enjoying the spectacle at a distance.

It doesn’t help that the quality of the movies hasn’t maintained any sort of consistency since X-Men was released in 2000.  The first sequel improved upon its predecessor but when original director Bryan Signer vacated the series for Superman Returns the third entry landed with a thud.  Spinning off the series into a poorly executed Wolverine origin story further dug a hole for the franchise before 2011’s X-Men: First Class saved a listing ship.  I didn’t dislike 2013’s The Wolverine as much as my colleagues but by that point fans were a little sensitive to their mutants getting less than stellar cinematic adventures.

Now we’ve arrived in the present with X-Men: Days of Future Past…but we won’t stay there long as the enjoyable seventh entry of the series is more interested in looking back than moving forward.  There’s a lot (A LOT) going on in Simon Kinberg’s script…so much so that I often found myself struggling to remember how all the pieces fit, who is who, and what decade we’re in.  After an opening in a desolate not-too-distant future, Wolverine (Hugh Jackman, Prisoners, who must have been paid in how many bicep veins are present) is sent back to the early 70’s by Professor X (Patrick Stewart) and Magneto (Ian McKellen, The Hobbit: An Unexpected Journey, The Hobbit: The Desolation of Smaug) to prevent rouge Mystique (Jennifer Lawrence, American Hustle) from setting a series of events into motion in the past that will have a deadly impact for the future.

Juggling two separate time frames, returning director Bryan Singer manages to keep everything in balance for the most part.  Having watched X-Men: First Class directly before seeing this new film, I was impressed that Singer and Kinberg carved out a new path while keeping continuity through some difficult loose ends previous director Matthew Vaughn left for the new crew to figure out.

Less impressive is an overall humdrum feeling the movie left me with after all was said and done.  I’m not suggesting the movie isn’t terrific popcorn entertainment or doesn’t contain a handful of impressively filmed sequences (like Evan Peters as Quicksilver showing off his talents while Jim Croce’s “Time in a Bottle” plays in the background) but it all feels overly calculated, designed to allow the franchise to continue without really having to answer for past mistakes.

With Lawrence’s star gone supernova since the last installment, her part is significantly beefed up here.  Mystique has never been so front and center and Lawrence manages to eek out some nice moments under her full body make-up.  As the younger Professor X and Magneto, James McAvoy (Trance) and Michael Fassbender (12 Years a Slave) don’t seem quite as invested this time around, but then again there’s not the same kind of character discovery available to them.  Jackman can play the role in his sleep…and by now it looks like he is.

Moving fast through its 131 minute running length, the end of the film sets up the next volume of X-Men escapades nicely…but then again if you really think about it that’s all the movie seemed interested in in the first place.  Fairly and frequently violent for a PG-13 film, parents should think twice before bringing young children along…Godzilla has less death/carnage in it.

With all my griping about overall ulterior motives, I’ll admit the movie fits neatly into the mode of summer blockbuster by combining all the right elements into the mix.  I think fans will look back and see the mechanics of the script in years to come…but by that time these will be the true days of future past.