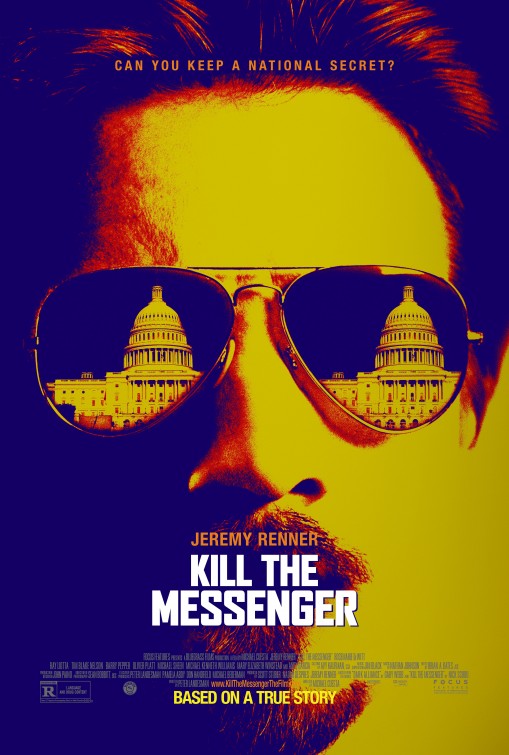 Synopsis: Based on the true story of journalist Gary Webb, a reporter becomes the target of a vicious smear campaign after he exposes the CIA’s role in arming Contra rebels in Nicaragua and importing cocaine into California.

Thoughts: Though it reeks of Jeremy Renner continuing his neverending quest for Oscar glory, there’s little doubt that the real life story serving as the basis for Kill the Messenger has potential to be a pivotal moment in his career.  Look, we all know that Renner (The Bourne Legacy, American Hustle) can act with the best of them…but I feel the actor is taking himself a bit too seriously at this point.  Working with director Michael Cuesta to bring journalist Gary Webb’s life to the big screen, Renner makes a good impression in this first trailer…though it does feel like we’ve seen this exact same story told several times each decade .

Synopsis: The story of former Hollywood star Grace Kelly’s crisis of marriage and identity, during a political dispute between Monaco’s Prince Rainier III and France’s Charles De Gaulle, and a looming French invasion of Monaco in the early 1960s

Thoughts: One of several high profile films that were originally scheduled for the busy final months of 2013 but bumped into a TBA status for 2014, Grace of Monaco was seemingly dealt a worse blow when its studio (The Weinstein Company) moved it off their schedule entirely.  Barely a day later we found out why…the film was set to open the prestigious 2014 Cannes Film Festival which could significantly alter where and when it will see a final release date.  Even so, the film sounds like it could be in trouble with director Oliver Dahan and studio head Harvey Weinstein battling over the final cut of the film.  Weinstein has long known to demand major trims to films under his umbrella and 22 minutes of Grace of Monaco are apparently on his chopping block.  Star Nicole Kidman (Stoker, Far & Away) looks radiant as Princess Grace but at this point the film looks to be headed to a similar fate as her best friend Naomi Watts’ biopic Diana which was pretty much tossed to the sharks by its studio.