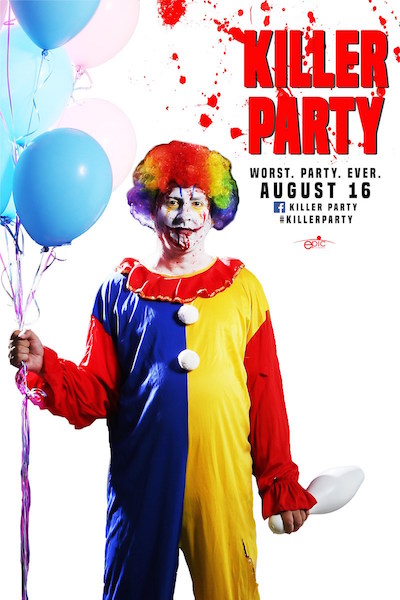 Synopsis: A group of friends get trapped at a baby shower when a mysterious outbreak starts turning people into homicidal maniacs.

Review: I’m not too keen on films that deal with mass hysteria surrounding the population turning into raging monsters but there’s something fun just on the edges of Killer Party that keeps things interesting. This low-budget effort earns high marks for its appealing cast and its attempts to both poke fun at the genre while making a not totally unsuccessful attempt at breaking some new ground. There’s a bevy of uber fake blood and guts and at 80 minutes feels too long, but the unexpected moments of humor and the feeling that everyone in front of behind the scenes are pals makes me look forward to the next film from these guys.